In the United States

As related to the Aggregate Population

Compiled using estimates from the Statistics of Income, 2012 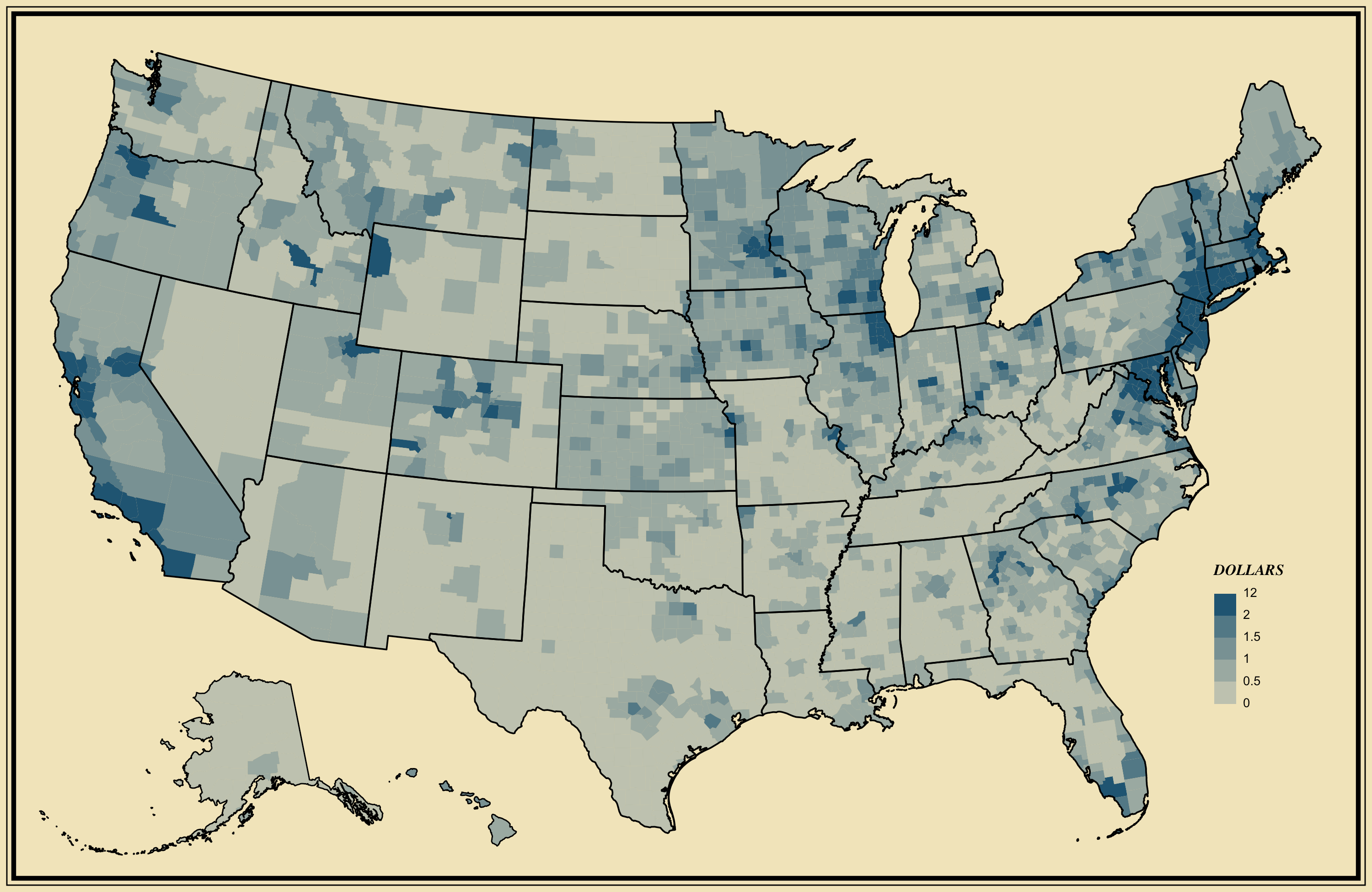 This is a choropleth map that provides a rough estimate of taxes per capita. The Internal Revenue Service provides historical data on total income taxes paid by county. The per capita estimates come from dividing these values by total population as reported by the 2010 census.

Two caveats: The data for taxes is not the same year as the data for population, and per capita is for the aggregate population rather than the working population.

For the former, migration between counties isn’t so rapid that it would drastically affect the results of the map. For the latter, average family size might be a factor in the calculation—as larger family sizes per household would bring the tax per capita value down—but this does not appear to be too big of a factor on the surface. However, more research is required to know for sure.

More On This Topic 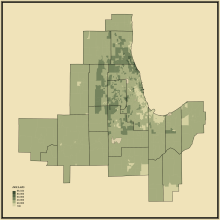 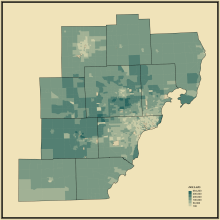 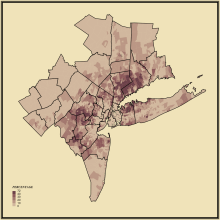 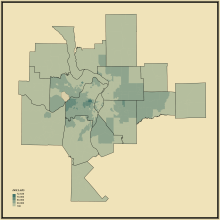 This is the age and biological sex of the population.

This is disability status.

This is who goes to school.

This is the land and water.

This is how the government functions.

This is how much money people make.

This is how people communicate.

This is the household makeup.

This is how people die.

This is where people come from.

This is how many people there are.

This is who lives below the poverty thresholds.

This is how people get around.

This is where and how people work.